2.10.19 – Year 8 Rugby Match V Standish - Away
Sam P shone as Captain (and as Player of the Match) in the Year 8 Rugby fixture, against National Cup Final Runners up, Standish. Demonstrating a grit and a determination throughout the match, the team did themselves very proud. Leon W, Declan L and Ben C from Year 7 stepped up to play among the Year 8 team and fitted in superbly. A testament to the ability and hard work of those three players, and to the attitude and team spirit of the rest of year 8’s. Well done Team!

3.10.19 – Year 10 Football Match V All Saints Rossendale – Away.
A spirited display from our team resulted in victorious celebrations, in a tough away fixture against a very competitive All Saints team. After comfortably dominating the first half, it was a pleasure to see Brandon B and Aaron L making the All Saints Keeper work hard to keep his clean sheet. However, he had no chance, after some superb team football enabled Lee G to slot the ball away in the top corner of the net. Chloe B produced a dominating first half display to keep the score at 1-0 entering half time. All Saints came back into the game during the second half, but couldn’t trouble Lewis D, who dominated his box and goal line beautifully. St Cuthbert’s remained focused until the final whistle. Playing well on the counter-attack, Cameron B and Aaron L certainly kept the All Saints Keeper on his toes. A strong and solid performance throughout  from the whole the team, with Mason F just edging to the Player of the Match accolade. Well done Year 9! 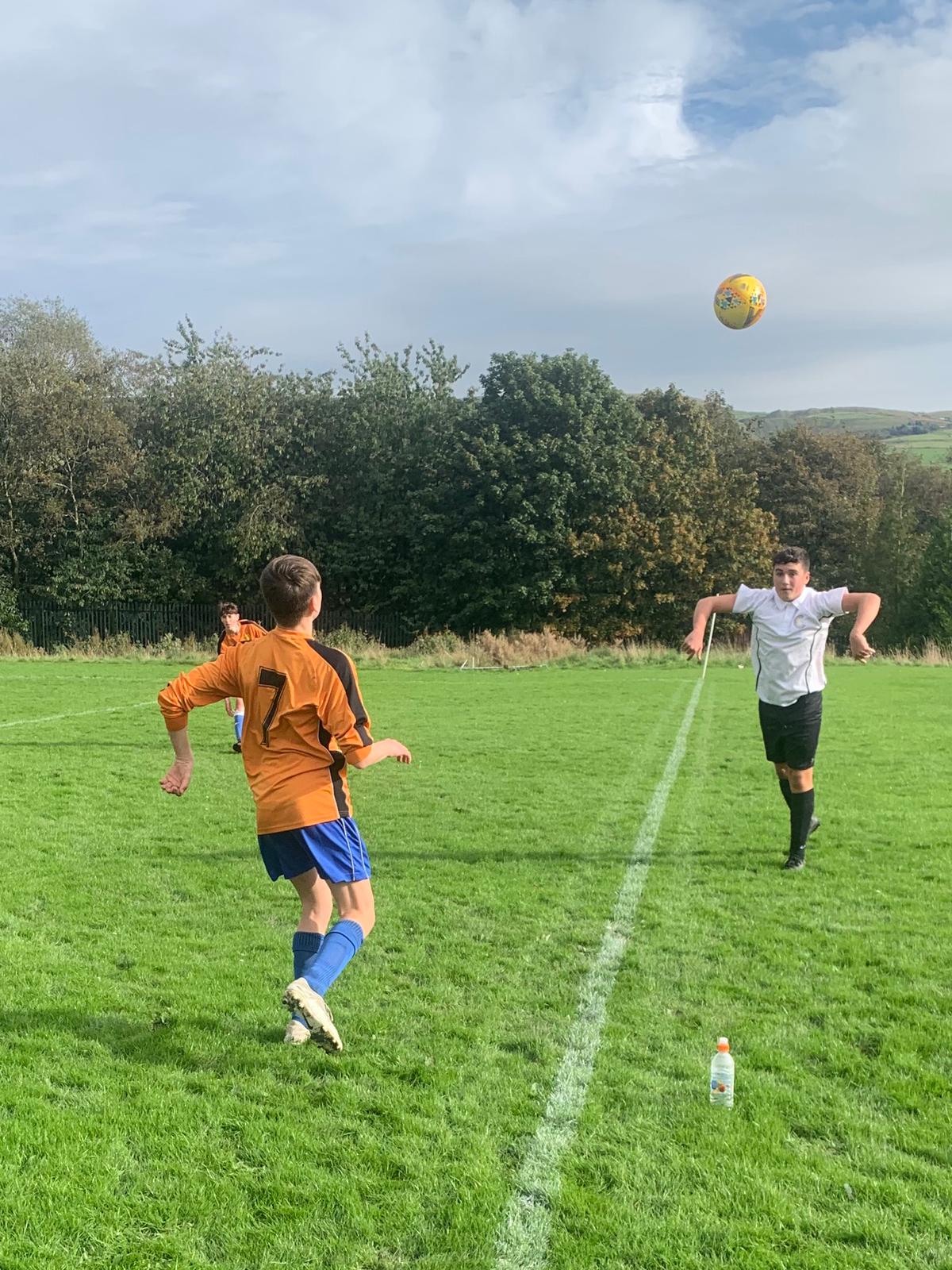