Sports Personality of The Year 2019 - Results. 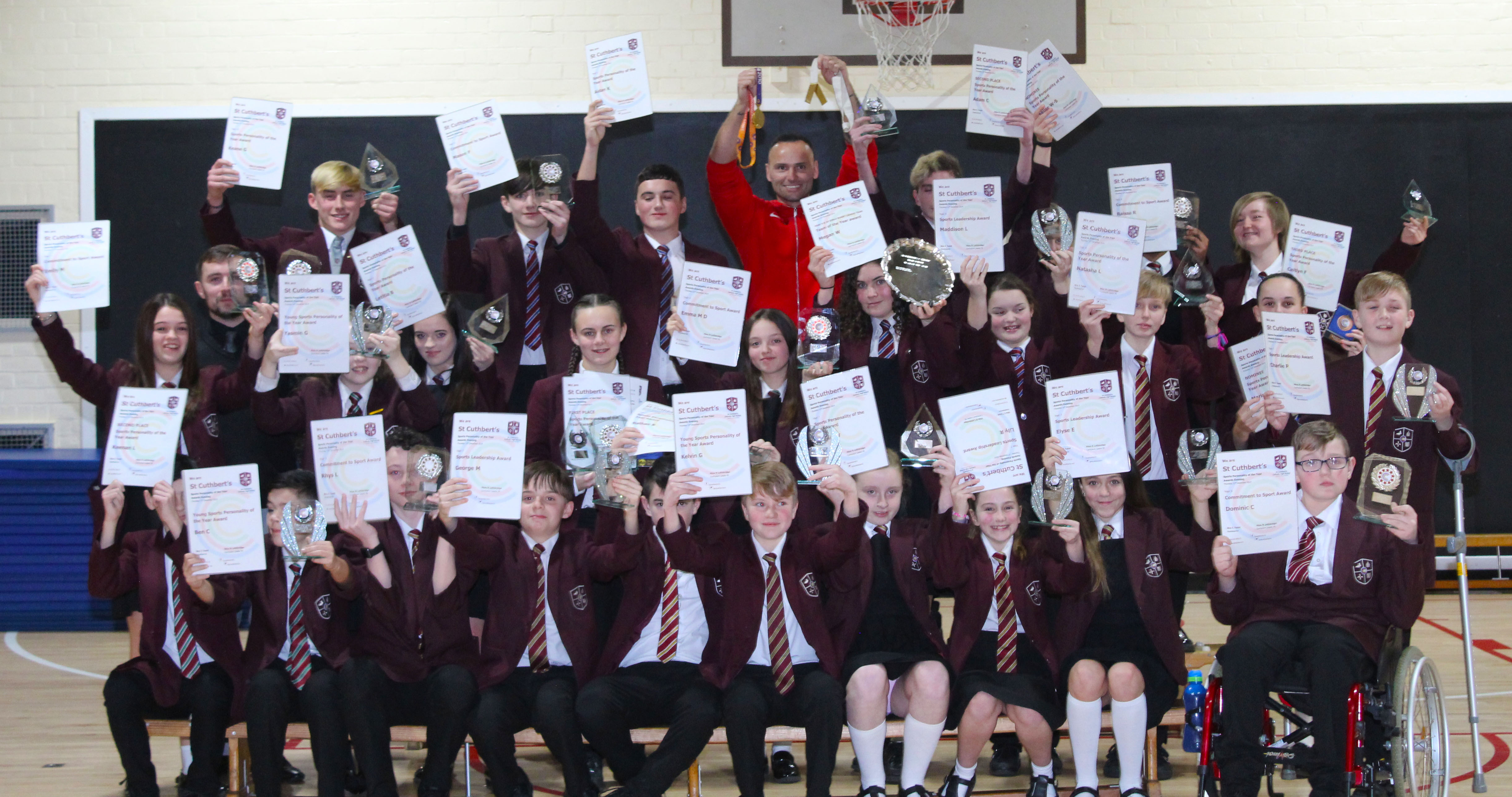 Pictured are all of the winners at this week's spectacular SPOTY 2019 evening.

Over 100 invited guests gathered for the ceremony which was held in the school’s drama theatre and had been transformed for the special evening with twinkling lights and a giant Christmas Tree.  The event was hosted by the school’s Curriculum Lead for PE, Nicola Lethbridge.

During the evening, 20 awards were presented to students, staff and teams by guest of honour, Andy Turner, a track and field athlete who specialised in the 110 metres hurdles. Andy Turner has competed in the Olympics, won gold at the Commonwealths and been crowned a European champion. He was once Britain's premier hurdler, and is still the third fastest 110m hurdler in British history. He is now a champion bodybuilder.  Speaking to the young people present said it was important never to give up, even when it seemed that success was miles away.  “Determination, hard work and a desire to succeed are what got me through some difficult times in my career” he said.

Miss Lethbridge praised the students saying “Tonight we celebrated all aspects of sporting success from individual and team achievements, to commitment and dedication shown to sport through various awards. At St Cuthbert’s we are extremely proud of our students and their attitude towards physical activity and were thankful to have them and their families here tonight to share this success.”

During the evening there was an incredible piano performance by Saul who played John Legend’s ‘No other Love’.

A staggering 1,490 votes were cast this year by staff, students and parents for the ultimate award - St Cuthbert’s Sports Personality of the Year.  This year’s winner, Abbie S represents all of the qualities celebrated during the evening, in particular with the amount of time and effort that has been put into her sports over the years.

THIS GIRL definitely CAN.

Having picked up her first dart at the age of 6, four years down the line, she joined the St Helens Darts academy. At the age of 11 she was then scouted to play for Merseyside county youth darts team. Her team won her first county competition and she hit a 180. Abbie participated in a charity darts match, where she was selected and paired with Alan Tabern to play against Johnny Vegas and Paul Wellens, Abbie took the glory with a double 10 to win the game.

Abbie spends a lot of time with younger darts players offering guidance and coaching at the Darts academy she started out in. More recently Abbie has taken up Rugby, where she has fast-tracked, being selected for Lancashire U15s and chosen to be placed on the Centre of Excellence pathway for England.

Closing the event, Headteacher, Mrs Catherine Twist commented “A huge well done to all students and staff on their fantastic award wins. Once again we have a lot to celebrate and there has been an incredible amount of activities going on in PE both in and out of lessons this past year. We always strive to provide our students with as much cultural capital as possible with trips and visits to unfamiliar places around the world to give our students the chance to develop their character at all levels, not just improving their sporting ability.”

Young Sports Personality of the Year

Team of the Year Award

Sports Personality of the Year award 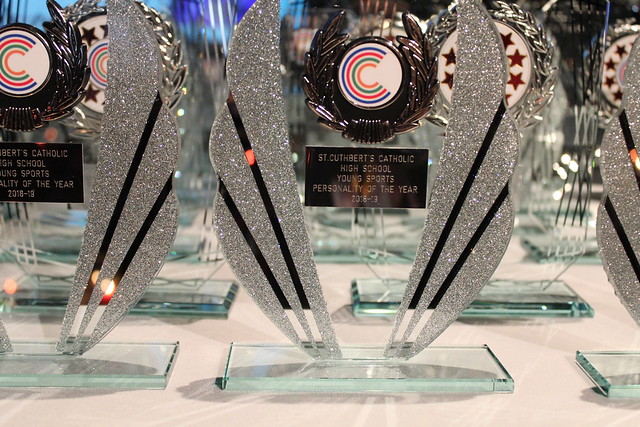