Kenzie's One In A Million 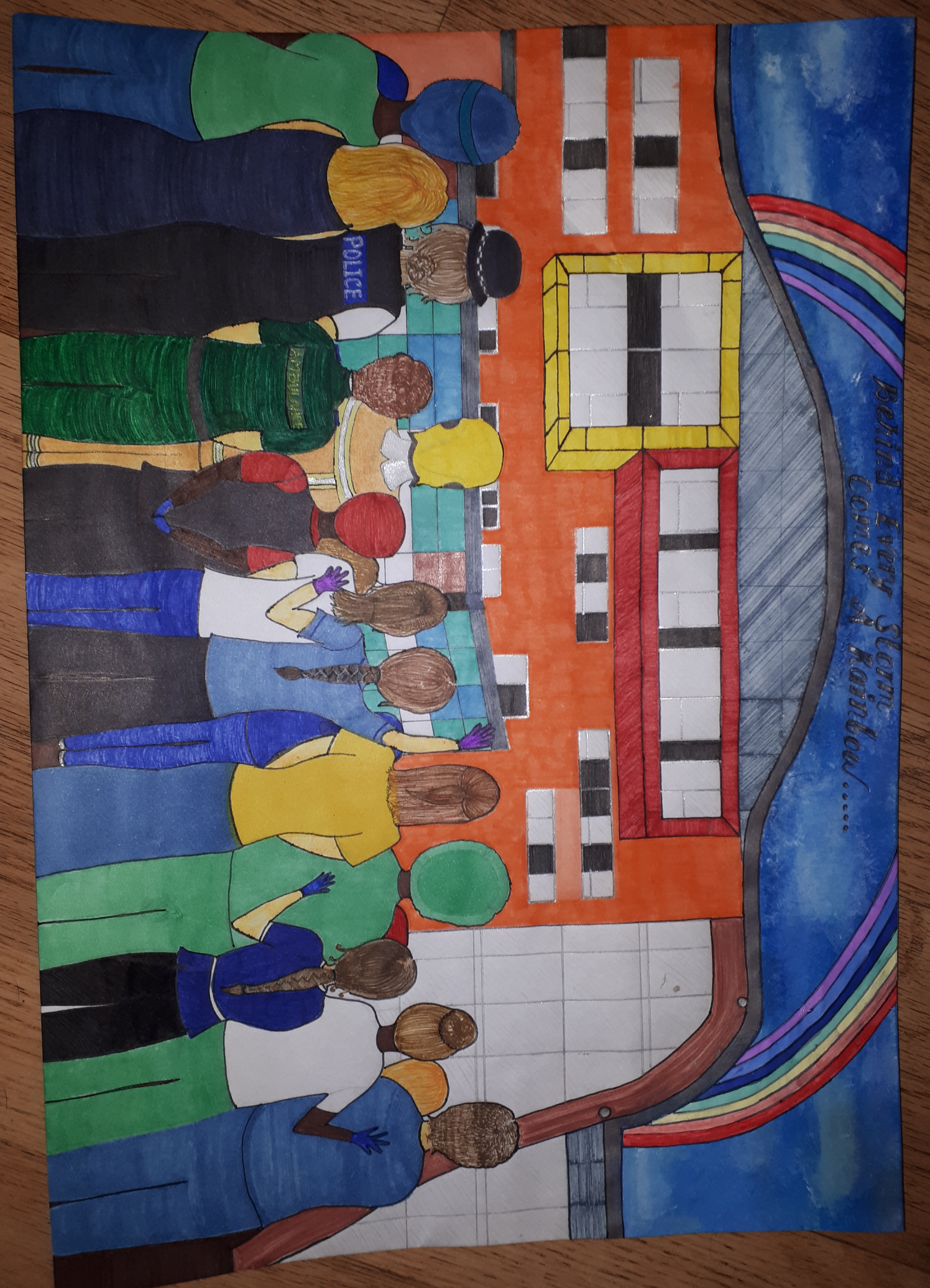 Kenzie's Artwork in support of the NHS.

Year 9 student Kenzie A is on a mission to raise money for Alder Hey Children’s Hospital. His current challenge is to walk ‘one million steps’ for children’s mental health click here to sponsor him.

Kenzie's journey began at aged 4 when he developed a limp that didn't go away. He was diagnosed with
Perthes disease, a rare condition that affects the femur in the leg making it soft and breakable. 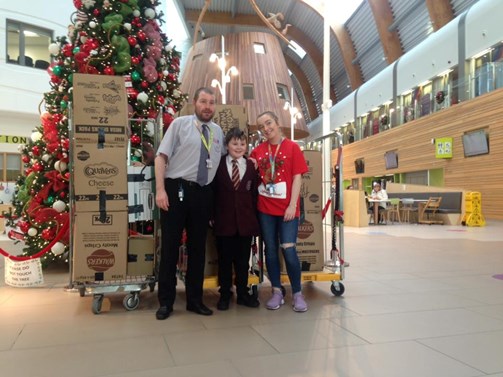 In early 2012, Kenzie underwent an operation to reshape the bone in his leg, leaving him bed-ridden in a hip cast for three months. More treatment and rehabilitation followed. Kenzie was scheduled for a second major operation on his hip in December 2014. This is what his mum Tara told us about his reaction to hearing the news that he was due to be in hospital, possibly over Christmas;

'Kenzie stood in front of us both and his response was

"Well I won't be the only child in there at Christmas will I? What if Santa has too many places to visit? Have you seen how many beds are in Alder Hey? I think I might need to help him?"

'We didn't have a clue what Kenzie meant by this, but for someone at such a young age to think of others not just themselves was an eye opener for us all. He went onto explain when he had been in over Easter due to physio and hydro, he left the hospital with 11 eggs and a pinball machine and this is where his ideas grew.'

'He said: “Well if I help Santa, like the staff helped the Easter Bunny then no-one will have to worry about Christmas at Alder Hey”.

Kenzie went on to collect as many gifts, toys, anything you can possibly think of as a gift for a child aged 0-16yrs who would be spending their Christmas in Alder Hey, and delivered them all to the charity office to be distributed throughout the hospital on Christmas eve for all the patients who unfortunately wouldn’t be home for Christmas.”

Kenzie has organised so many fundraising events for Alder Hey that in 2015 he was made a 'Young Fundraising Ambassador' for the hospital. He has organised Toy Appeals, Own Clothes Days, Sponsored Walks, Fun Days, Parties, Boxing Shows and much much more. 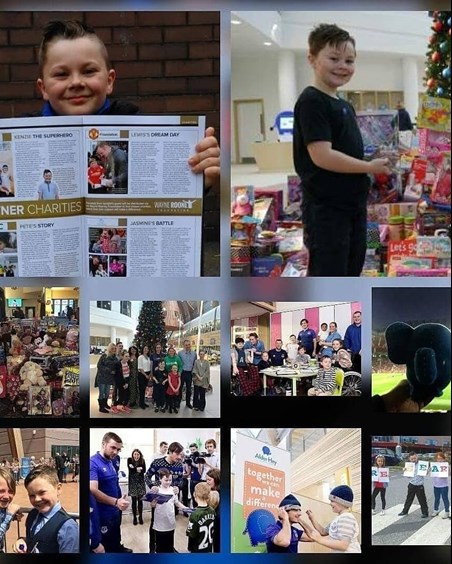 Kenzie has also won awards for his fundraising :

Tara, Kenzie's Mum says: 'He has been a guest at both St. Helens and Wigan Christmas Light Switch on, welcomed Leighton Baines (Everton FC) as a patron to Alder Hey, afterwards Leighton was so touched by Kenzie's story that he offered to take Kenzie christmas shopping to help with his appeal.

'He was welcomed by the Grand National jockeys to the hospital before the Alder Hey steeple chase at Aintree, has been a football mascot for 22 little heroes (Everton Game at Christmas) and was also a mascot at Wayne Rooney's Testimonial Match at Old Trafford. There are lots of events and special memories Kenzie has been able to create for us all to cherish for a lifetime.'

What an exceptional young man! Kenzie is a true ambassador and lives our 'golden rule' to 'treat others as you would like to be treated'. Please get behind Kenzie's #onemillionsteps appeal.

Linked below are some of the events that are mentioned.